If you’d like to see any photo larger you can right click and open in a new tab or window, or just click on the photo and it’ll enlarge the image and you can scroll through the photos with your arrow keys. Push escape to return to the blog page.

November 5th, 2012, Monday: For some reason, we both woke about 4:15am and decided to just get up. I took a couple of photos of our “camp” site, then a quick self portrait which was a mistake since the flash totally blinded us! ha. Brad drove and we hit the road at 4:45. It was still dark out and at a rest area east of Bend I took sunrise photos while Brad washed up. 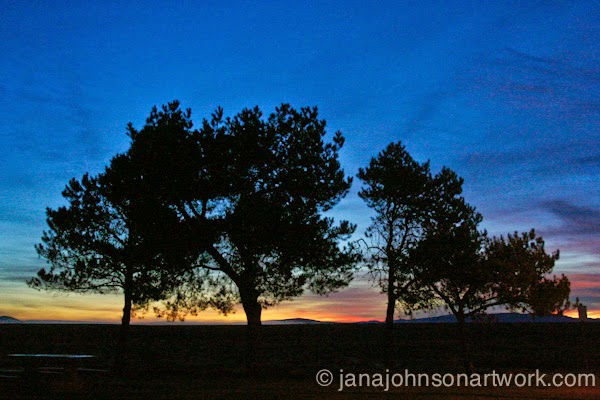 I took over driving from there into Bend where we stopped for gas. After Dutch Bros coffees we continued west on hwy. 20 watching the sun warm up the gorgeous mountains, making us really happy to be back in beautiful Oregon! 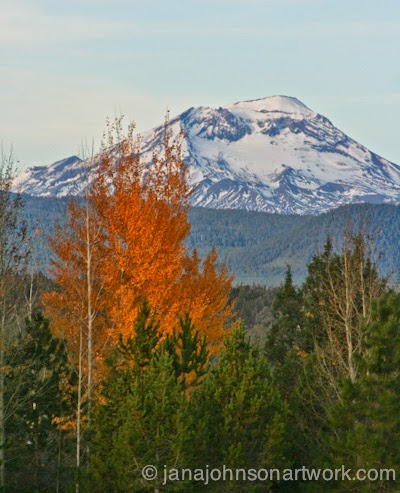 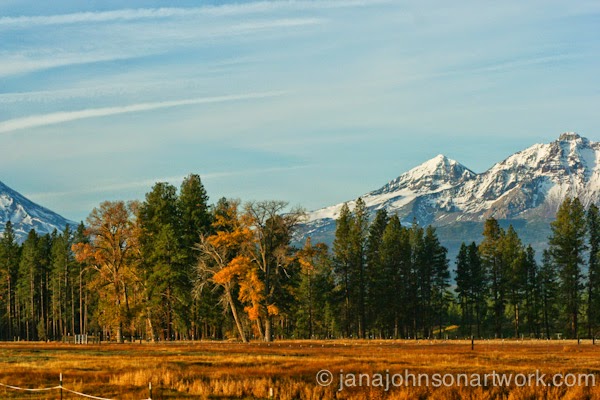 The light was stunning so we had to stop in Black Butte to shoot a few morning pics. 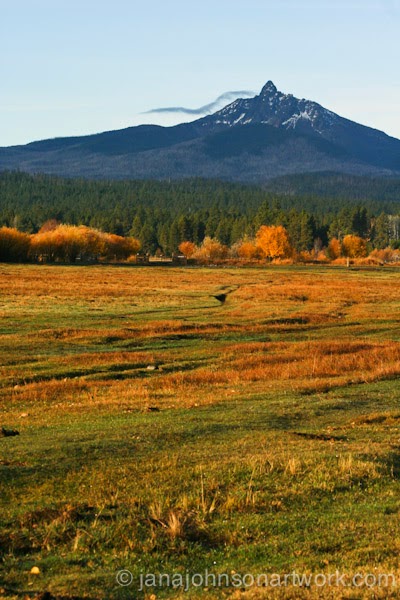 We stopped again at the top of the pass for a snack break, mixing salsa with cottage cheese then took off again, as I fed the driver and tried to capture the brilliant gold maples tucked between the dark Douglas firs. Oregon was really putting on an amazing light show to welcome us home! 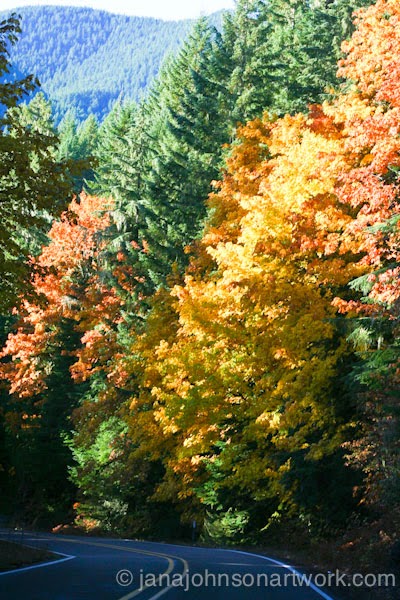 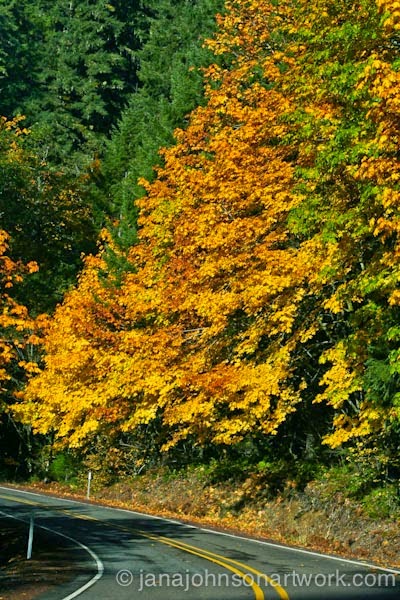 We arrived in Corvallis around 10:00 am and went to pick up paintings before pulling into our driveway at 10:15. Yay! Home sweet home! The aroma of cedar greeted us in our driveway, and everything looked so green, but the sun had disappeared as we'd descended into the Willamette Valley, replaced by fog. 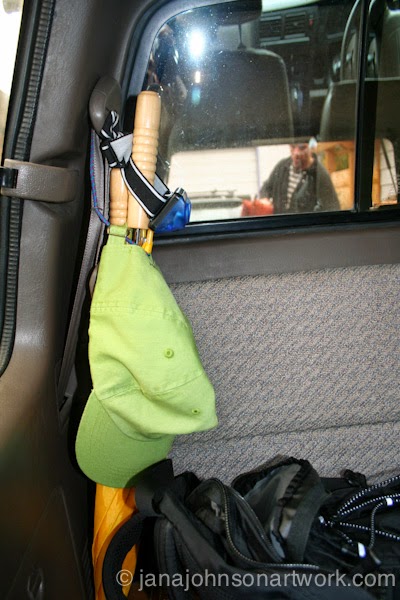 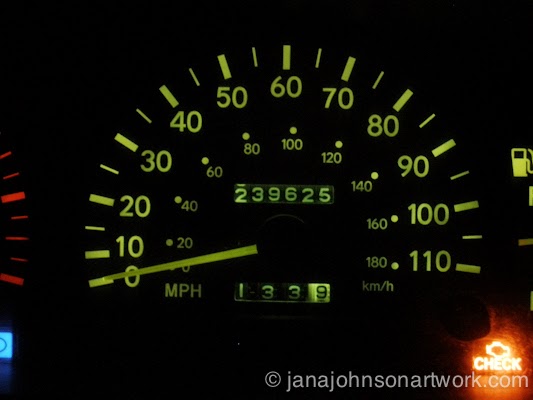 We opened windows and doors to the house to air it out since the temperature was the same inside and out, then unloaded our truck - our home away from home.

It has been 21 months since our road trip in 2012, and I hope some people have been reading along as I’ve slowly recapped our adventures, and to reward those that have joined us on this story of our trip I’d love to give away a 5x7 unframed photograph of one of the images we took during our trek across America. Please leave a comment on this post telling me which photo or day was your favorite, and after one week I’ll put the names in a hat and draw one and that person can pick their favorite photograph and I’ll mail it to them. If there are lots of comments I might even draw more than one!
Posted by Jana at 5:29 PM

Wow, Jana, my memory is so bad I would have to look back through all your photos to find one favorite... if that was even possible. But these last ones are beautiful... lovely light. Guess it does pay off to get up before dark!

Rats.. I should have read that comment over much more thoroughly before I posted it. I made it sound like I wouldn't be able to find a favorite amongst all the photos when, in fact, there are too many beautiful pictures from which to just choose one!

Thank you for respecting & not copying my photos, artwork & words on this blog. Please contact me if you'd like permission to use them: create17@hotmail.com
Thank you! Jana Johnson © 2006-2019